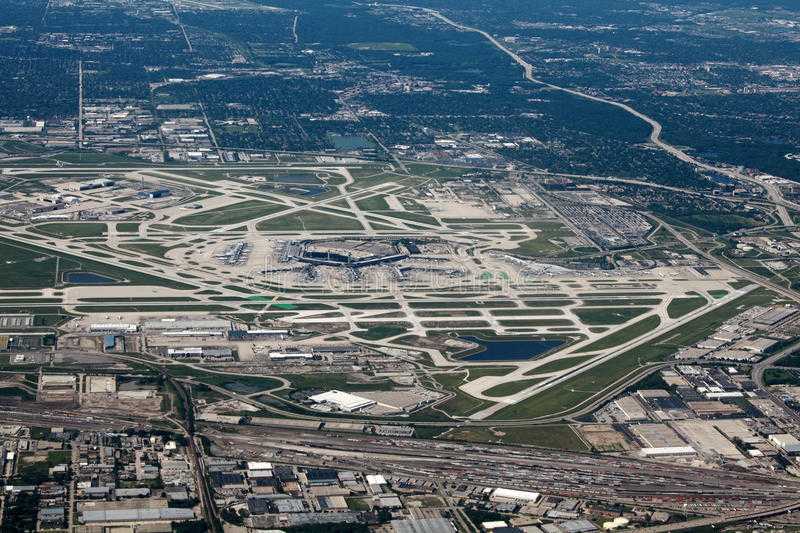 The City of Chicago announced today the selection of two teams, one to serve as construction manager for the O’Hare Modernization Program and the other to oversee ongoing Capital Improvement Programs (CIP) at O’Hare and Midway International Airports. The O’Hare Modernization Program (OMP) selected the Parsons Brinckerhoff Construction Services, Inc. team (PB) to manage construction for the modernization of O’Hare Airport. The PB Team consists of Parsons Brinckerhoff; Harbour Contractors, Inc.; d’Escoto, Inc.; Ardmore Associates, Inc.; Solutions and Savings, Inc.; and Brown & Momen, Inc. Parsons Brinkerhoff will serve as the lead firm on this project. The Department of Aviation selected the Chicago Airport Resources Enterprises team (CARE) for the construction management (CM) of ongoing Capital Improvement Programs (CIP) at O’Hare and Midway Airports. “We wanted to ensure that the construction manager chosen had a depth of experience and a strong commitment to deliver the greatest value to the City,” said Interim Chief Procurement Officer Mary A. Dempsey. “We believe that this process has accomplished these important goals.” The City established a two-stage evaluation and selection process. An evaluation committee handled the initial detailed review of all submitted responses and recommended three finalists for each of the programs. A selection committee then reviewed additional submissions and conducted in-depth interviews with each of the final six teams. In addition to

representatives from Aviation, OMP and DPS, the committees included industry technical advisors and airline representatives. Following the presentations, the Selection committee solicited feedback from the advisors and then ranked the finalists based on company experience, individual team member experience, written submissions and oral presentations. Before finalizing its recommendation, the selection committee solicited supplemental economic disclosure and MBE/WBE materials from all six teams and conducted additional interviews concerning MBE/WBE participation. The Selection Committee then forwarded its recommendation to DOA and OMP, which concurred with their findings and requested permission to commence negotiations. “This extensive review assessed the certification status of the various firms, and the proposed role each of these firms would play performing the work. This vetting process will be a model which we will use in our reorganization of the overall MBE/WBE program,” said Dempsey. “We will ensure that a rigorous MBE/WBE compliance plan with meaningful participation by these firms is implemented and maintained for the term of the contract.” “Throughout this process, we indicated that we were seeking teams with demonstrated experience in overseeing major airport runway projects to serve as the OMP’s construction manager,” said Rosemarie S. Andolino, OMP Executive Director. “Parsons Brinkerhoff Construction Services has that experience. With this announcement, we have reached another milestone as we prepare to break ground this September, immediately after receiving the Record of Decision from the Federal Aviation Administration.” Negotiations will now begin with the PB Team on the contract. The estimated total value of the contract is up to $10 million per year over a five-year period, depending on the amount of construction activity in a given year. The OMP can begin negotiating with the second choice, Bovis, Kenny & Partners, in the event they cannot reach an agreement with the PB Team. The CM will report directly to the Program Management Office, led by DMJM Aviation, and is responsible for construction contract administration, construction coordination and security, quality assurance and control, construction progress documentation and reporting, maintaining record drawings and associated information, and construction closeout support for OMP projects including: * The new northern runway 9L/27R * The extension of Runway 10L * The relocation of Runway 10C/28C * Enabling projects needed for the three runway projects * The Union Pacific Railroad relocation project

* The South airfield detention basin. Parsons Brinkerhoff is one of the world’s oldest engineering firms, founded in 1885 by William Barclay Parsons, designer of New York City’s first subway line. Headquartered in New York City, PB has provided professional construction management services new runways, runway expansions and relocations, major earthwork, and utilities at airports such as Dulles International, Dallas-Ft. Worth International, Reagan Washington International, Austin-Bergstrom Airport, and Pittsburgh International Airports. CARE, the firm selected to work on O’Hare and Midway CIP projects, will enter into a three-year term plus two one-year extension options. The annual dollar value of the agreement could be up to $7 million for construction management services, but will vary depending upon the services required by the DOA and the amount of construction work to be managed by the CM each year. “The airports CIP’s and its component projects vary significantly from year to year, and generally include major projects intended to preserve and maintain the capacity and functionality of existing facilities and infrastructure at the airports,” said Aviation Commissioner, John A. Roberson. As the airport CM, CARE will be responsible for project controls, contract administration, design/engineering and related services, construction management, field supervision services, construction security, quality assurance and control, and safety Throughout the selection process, CARE demonstrated the most experience with both O’Hare and Midway airports construction projects. “This team has extensive experience in working on complex construction projects. We are looking forward to working with them and continue making Chicago’s airports the best they can be,” said Roberson. Examples of CIP’s range from the current Façade and Circulation Enhancement project at O’Hare to routine resurfacing of runways and taxiways, rehabilitations and upgrades of existing terminal and support facilities, improvements to circulation roads and public parking, utility projects, security enhancements and off-airport noise mitigation projects. The $6.6 billion (in 2001 dollars) O’Hare Modernization Program was announced by Mayor Richard M. Daley in June 2001. The OMP reconfigures O’Hare’s outdated intersecting runway system into a modern, parallel configuration, substantially reducing delays and increasing capacity. The OMP will create tens of thousands of jobs and pump an additional $18 billion in economic activity annually. To view the selected team submission reports, please visit the Department of Procurement’s website at www.cityofchicago.org/purchasing.