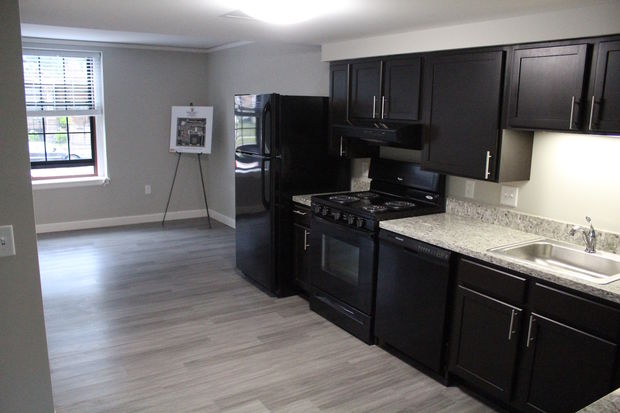 Rosenwald Apartments, Once Home to Nat King Cole, Up For Landmark Status

BRONZEVILLE — The former home of Nat “King” Cole, the Rosenwald Apartments in Bronzeville, is up for landmark status a little less than a year after it reopened to residents.

The building, which takes up most of the block at 47th Street and Michigan Avenue, was reopened to residents after a $132 million restoration, and the city is now close to getting landmark status at next month’s City Council meeting.

But that rebirth wasn’t so certain until relatively recently in the building’s 88-year history.

Before reopening to residents in 2016, the building had been vacant since 1999 and had been a reminder of Bronzeville’s decline since the building opened in 1930.

The Rosenwald was the idea of philanthropist Julius Rosenwald, president of Sears and Roebuck, known for building hundreds of schools in poor African-American communities. But the project was never intended as an act of charity.

It was the last major project of Rosenwald’s life. According to the city’s history of the building, compiled  for the landmark designation, it was supposed to be Rosenwald’s demonstration that quality affordable housing could be built in both poor and black communities. To prove it, he put the architect who designed his own Kenwood mansion, George Nimmons, and his son-in-law, Alfred Stern, on the project.

“Mr. Rosenwald objects to the project being considered a charitable enterprise,” Stern told the Tribune in 1929. “The purpose is to provide improved living conditions at a price which will yield a business return on the investment. This experiment, Mr. Rosenwald believes, will demonstrate that large-scale projects can be profitably undertaken in various sections of Chicago for any group.”

Initially, the bet paid off. Rosenwald was making a healthy 6 percent return on the project as he expected, the building’s 421 apartments were all rented the first year it opened, and there was a lengthy waiting list.

Like the neighborhood at the time, the building housed a broad cross-section of people, from doctors and lawyers to porters and waiters, living in a tight-knit community in the segregated but intertwined neighborhoods of Bronzeville.

The Rosenwald also formed day cares and schools and institutions like Peoples Consumer Co-Operative in 1937, which went on to develop its own affordable housing through its credit union.

But in the 1960s, the building began a long decline. Failed attempts to turn it into condos and a takeover by the city in 1973 during urban renewal lead to disrepair that came to a head in 1999, when a gas leak forced the remaining residents to leave.

It took until last year for a development team to finally figure out a way to bring the building back to life largely as it had been during its heyday, though now with bigger apartments and updated amenities.

The City Council is expected to approve landmark status for the building in October, which will protect the defining exterior elements of the structure from changes and slow any efforts to demolish the building.