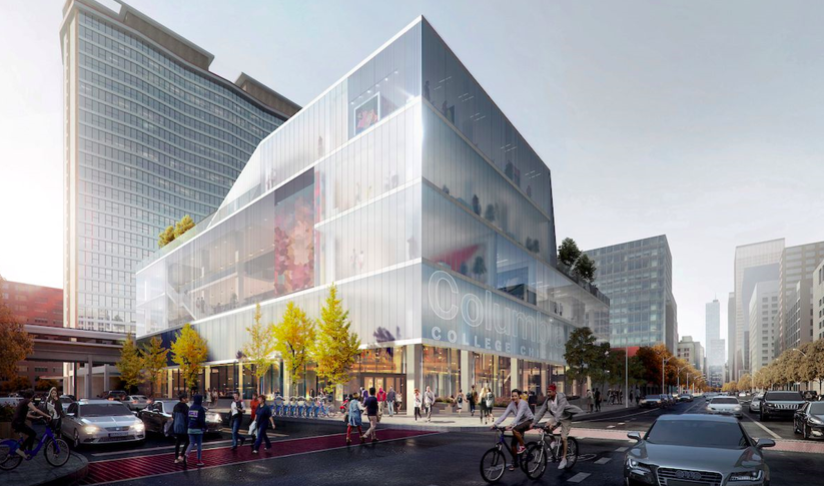 Chicago’s Columbia College is ready to start moving dirt in preparation for its next ground-up building in the South Loop. Billed as the school’s first dedicated student center since its founding in 1890, the upcoming facility was granted a construction permit for its foundation on Friday.

Though Columbia officials hosted a ceremonial groundbreaking event in November, the latest permit is the first indication that work is ready to begin in earnest. The 114,000-square-foot, Gensler-designed facility replaces a vacant school-owned lot at the northwest corner of Wabash Avenue and 8th Street.

The project will feature a glassy facade to connect the building to the surrounding neighborhood and showcase student activity within. Designed with flexibility in mind, it sports a variety of spaces including dance studios, study lofts, maker labs, a fitness center, dining area, and an 800-person event space.

The center was first announced in May of 2017 with a fairly aggressive timetable targeting a late 2018 completion. With underground work just now getting started, it’s little wonder that Columbia has pushed that date back to early 2019.