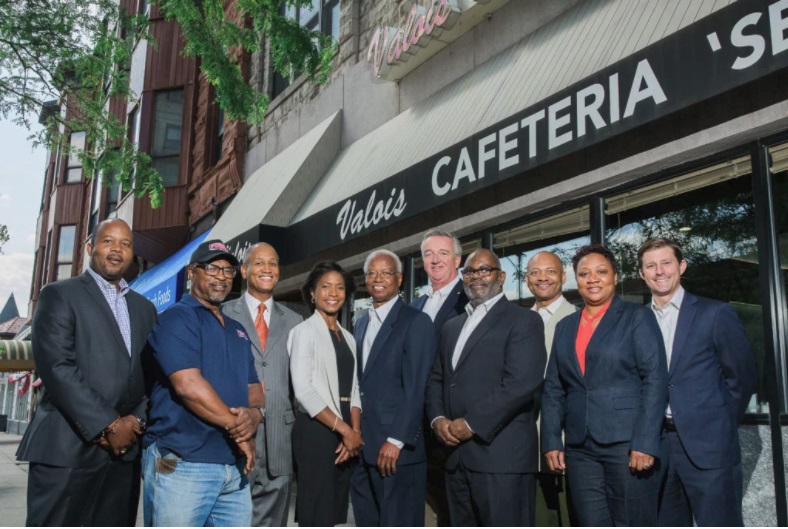 By Brown & Momen July 16, 2018 January 17th, 2020 No Comments
Original article by: Black Enterprise
Black construction companies may reap a windfall from helping build the Obama Presidential Center (OPC), a project that will cost about $350 million.
Those businesses—the Presidential Partners consortium of Powers & Sons Construction, UJAMAA Construction, Brown & Momen, and Safeway Construction—are part of the Lakeside Alliance joint venture chosen by the Obama Foundation to serve as the construction manager for the OPC to be built on Chicago’s South Side. Turner Construction, one of the nation’s largest construction managers, is part of the alliance. The foundation is providing the minority firms with operations on Chicago’s South and West sides a 51% stake, while Turner Construction will get 49%.

The project is pivotal because it marks the first time black firms have scored such a massive opportunity as major players.

It’s not uncommon for minority firms to take part in huge construction projects. Yet, what is contrary is those firms are often selected as subcontractors as opposed to majority stakeholders or prime contractors. 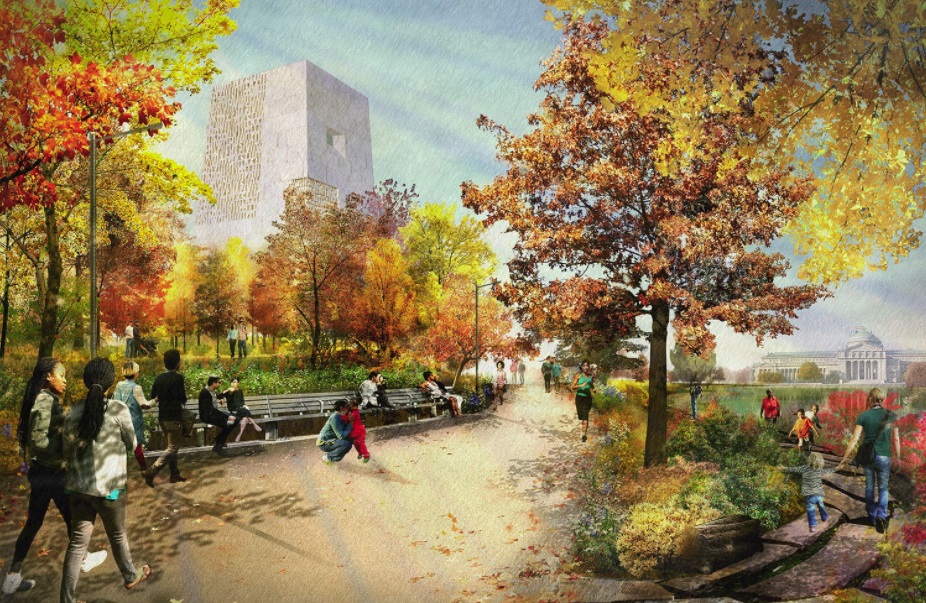 Furthermore, the OPC project is momentous because it ‘s a demonstration of former President Barack Obama’s post-presidency position to support and embrace black business.

For the OPC, members of the Lakeside Alliance are committed to exceeding industry standards and surpassing their own milestones by awarding as much as half of the expected $300 million plus of subcontracts on the project to diverse suppliers, and to ensuring that a significant percentage of the total project work hours are performed by minorities and residents from the project’s neighboring communities, according to the press release.

The contract Lakeside Alliance signed with the foundation includes financial incentives for exceeding the goals and penalties for not fulfilling the goals. “The Obama Foundation believes in creating opportunities for diverse and local businesses and building pathways to meaningful jobs for minorities and other underrepresented populations,” stated David Simas, CEO of the Obama Foundation. 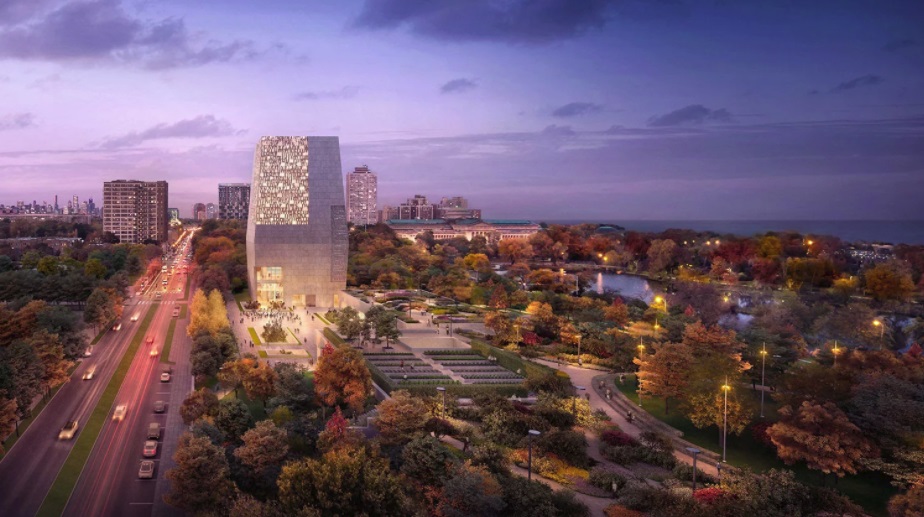 “The development of the Obama Presidential Center gives us an opportunity to make a major, unprecedented impact on the South Side in terms of hiring talented, local businesses and individuals. We look forward to working with Lakeside Alliance to achieve our goals, set new benchmarks and make the Obama Presidential Center a landmark that our neighbors can be proud of.”

The Lakeside Alliance was selected after the foundation received project proposals from others. Roark Frankel, director of planning and construction for the Obama Foundation, stated  “Lakeside Alliance stood out, first, because they’re excellent builders. But what impressed us most was their passionate and thoughtful commitment to infuse diversity and inclusion into every aspect of this project, at levels far beyond what has been done in Chicago for projects of this size and complexity.” These values are at the heart of what the Obama Foundation wants to accomplish in all its work and initiatives, including constructing the Obama Presidential Center.”

He added, “One of the reasons we made this decision almost a year before we hope to begin construction is that we are eager to begin partnering with Lakeside Alliance to start the hard work of making sure that the local community and businesses are very much a part of this project and process.”

Mamon Powers Jr. of the Lakeside Alliance is CEO of Powers & Sons Construction Co. Inc., No. 38 on the 2017 BE Top 100s list with revenues of nearly $92.17 million. The business was the 2017 Black Enterprise Company of the Year. 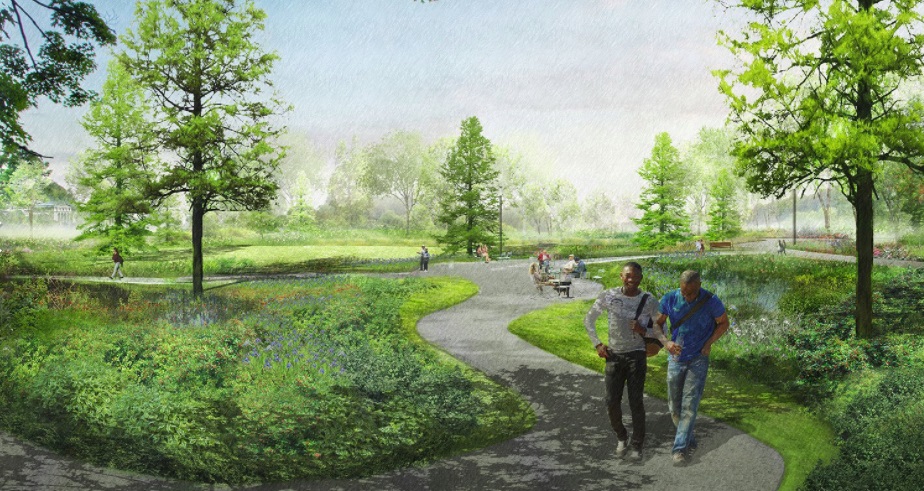 “We are honored to help construct the Obama Presidential Center, which promises to be an iconic institution that will attract visitors from the South Side and around the world,” Powers stated. “If it weren’t for the Obama Foundation embracing this unique joint venture and making local hiring a priority, diverse South Side firms like ours would not get the chance to have a seat at the table and play a meaningful role in the process. We applaud the Obama Foundation for their vision and look forward to working with them to increase diverse participation in the construction industry.”

Another Lakeside Alliance member, Jimmy Akintonde, CEO of UJAMAA Construction Inc., provided this statement on OPC. “The Obama Presidential Center will be a historic project for the South Side and greater Chicago community and embodies the Obama Foundation’s commitment to hiring diverse talent. This is a game-changing opportunity for our firm and we are honored to be a part of this joint venture.

“We believe this opportunity can set the stage for a new model for more minority-owned businesses to have a major role and a major stake in Chicago construction projects, large and small. We look forward to working with our Lakeside Alliance partners to making the Obama Foundation’s commitment a reality.”

Groundbreaking for the project is expected to occur late this year.