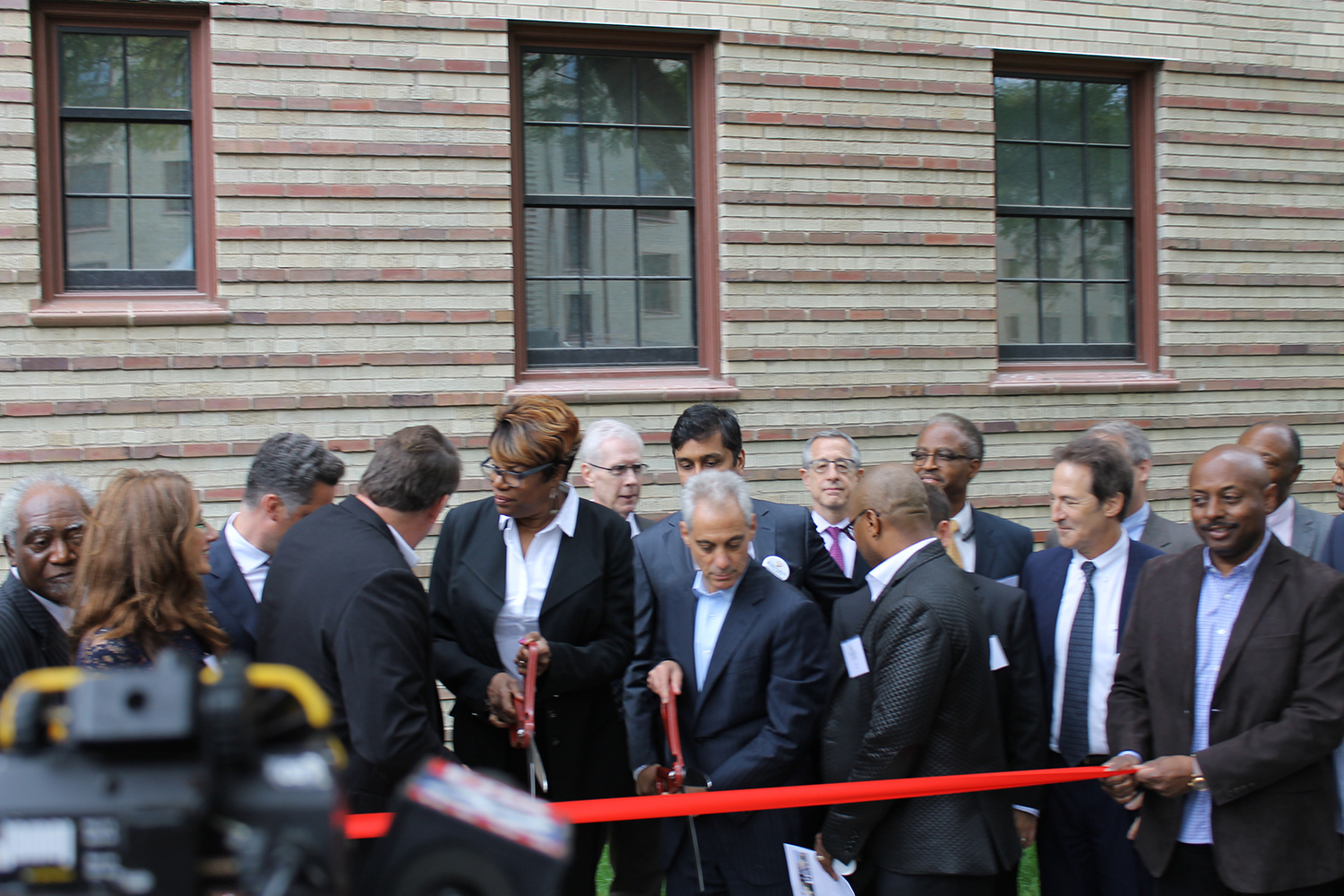 The Rosenwald is redeveloped and reimagined to provide affordable housing for Bronzeville residents.
From 1929 through the 1960s, the Michigan Boulevard Garden Apartments, dubbed by residents as “the Rosenwald,” was the bustling home of Chicago’s Black working families and booming retail storefronts. Julius Rosenwald, then president of Sears, Roebuck & Co., built the 454-unit complex, which began to decline in the 1970s and eventually closed in 1999.
Rosenwald Courts Developers LLC with support from the City of Chicago and the Chicago Housing Authority have redeveloped the block-long complex into Rosenwald Courts in an effort to rebuild the area.
“Thanks to a strong partnership and commitment to creating strong, stable neighborhoods, we are bringing back a historic property to Bronzeville and providing quality, affordable housing in the way this building did when it was first built almost 90 years ago,” Chicago Housing Authority CEO Eugene Jones, Jr. said.
The Rosenwald’s apartments will be reserved for various groups: 120 units will be for Chicago Housing Authority seniors, 105 will be rented at discounted rates, six will be offered at market rates, and the remaining eight will be reserved for on-site employees.
The complex’s storefronts have also been restored. New retail businesses include Illinois Service Federal Bank, Discount Grocery Store, Sip & Savor Coffee Shop, Shawn Michelle Ice Cream, King’s Kiddie Kingdom Daycare, and Batter and Berries restaurant.